Sometimes the weather in Florida doesn’t always live up to the ‘Sunshine State’ name brother, and this past weekend was one of those times. June 11th saw the horrible tragedy in the Orlando shooting incident, and that’s a cut that will take some time to heal, but everyone from Key West to Callahan and over to Pensacola know that Florida will make it through.

June 11th was also the the 1st anniversary of another terrible loss; The American Dream; The Midnight Rider; the passing of the late and great Dusty Rhodes. Dusty passed away last year after a struggle against incredible odds, sadly leaving fans, friends and family behind after a hard-fought battle against cancer.

Dusty was a true legend in the professional wrestling world that did things to innovate the sport into something special. His work with the JCP and later, WCW, are remembered as some of the more entertaining feuds of the day, most notably against Nature Boy Ric Flair for the World Heavyweight Title.

He was the common man that fans could relate to, and one particular fan related to Dusty a whole lot more than you can imagine brother. Back in the days of Tampa Sportatorium, Dusty Rhodes was an icon to a young Terry Bollea, who would do whatever it took to get into the building to watch Dusty throw down. It was moments like these that inspired the Hulkster to start training, eat his vitamins, believe in himself, and say his prayers every day Jack. One day, it was going to be Terry Bollea in the ring. 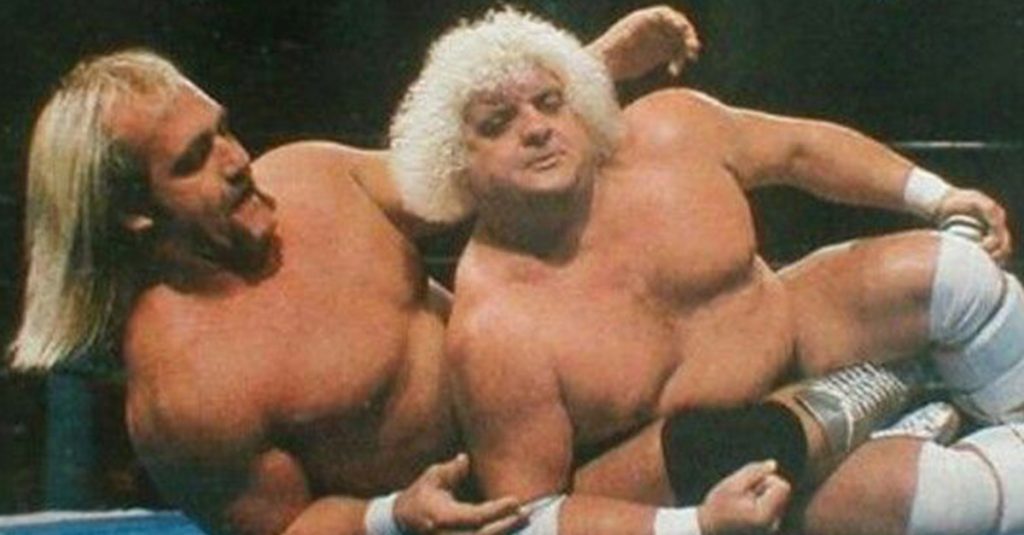 Eventually all that training led to a matchup against the man himself, and brother you’d be hard pressed to find a grown man looking more like a kid backstage than the Hulkster was. The thrill of battling Dusty Rhodes alongside Steve Hansen and Bob Backlund in the far reaches of Japan was almost too much to bear, and those matches will always hold a special place in Hogan History. Even with all the losses, it was an honor to work with such a spectacular example of professionalism and showmanship, and brother what a mentor to have.

This past weekend, the Hulkster was praying that wherever his idol was, he was happy and in peace. Dusty Rhodes deserves it.